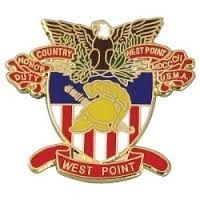 Headbanging, bubblebursting, handwringing threaded my post-election world. As I moved through last week talking to friends and acquaintances in these two liberal Minnesota counties, I felt the shock waves and the questions—could we be so out of the mainstream? Could this really be happening? What will tomorrow's United States feel like for "the other?" Will we be "the other?"

Amidst the post-election shock, I found myself committed to an all day workshop on Veterans Day. The preparation with Bruce Richardson, parent of two former students, school board member, West Point graduate, and Vietnam War veteran had been an exhilarating exchange of ideas.The Minnesota Humanities Center provided us with a range of resources so we could create a program for teachers who chaperoned their high school students to the Student Leadership Seminar sponsored by the West Point Society of Minnesota.Students would focus on leadership values with the help of local Minnesota high school ROTC cadets while Bruce and I met with the chaperones.

Following the election, Bruce and I had already shared our mutual fears for the future but I was leery about entering a room filled with ROTC cadets, former military officers, and high school students drawn to the seminar. The West Point alumnae weren't recruiting for their alma mater, but bringing their vision of ethical leadership and their sense of integrity to high school students. I wondered if that was an achievable goal in one day.

Arriving at Target Headquarters did not assuage my misgivings. Target's downtown Minneapolis HQ feels like lifting off into millennial universe. What was I doing in this sleek alternative world?As Bruce and I made our way to the assembly point, the irony and suitability of the leadership seminar on Nov.11th,, three days following the election, did not escape either of us.

Despite my fears I might be entering a Trump victory celebration or a rumble, the tone was nothing of the sort. Publicly no one spoke of the election.The keynote speaker set the tone for a committed enquiry into values and translating values to ethical leaders. The students—all races, male and female, urban and rural, American born and foreign born-- plunged into the daylong meeting--tentatively at first. Within an hour, they were divided into groups with a cadet to discuss how they rank ordered their personal values.As they leaned towards each other to talk and listen, their posture told us, they were engaged. By day's end, one of the students told his chaperone, "It was a life-changing event." That was clear when student representatives spoke to their peers and the adults gathered together proclaiming their resolve to put into action the values they'd learned and to look for opportunities to step up and be a leader for good in their own school and communities.

While students participated in their seminar, Bruce and I led a workshop for the teachers. Veterans began to drift in just to listen.Our goal was slightly different—we wanted to expose the teachers to the Minnesota Humanities Center's shared inquiry approach to literature by and about veterans. From study we hoped to move the teachers to create their own lesson plans that would incorporate the same shared inquiry technique with their students and also include an action component. We, too, had an enthusiastic cohort and by the afternoon's end each teacher group had at least one lesson plan in mind to deepen the meaning of Memorial Day.

During the day as I listened to veterans and cadets, the prejudices and misconceptions I held drifted away.They were not in search of the next war or eager to talk about military strategy. Their vision of commitment to duty and country means encouraging ethical leaders grounded in their values and strong enough to maintain their integrity.

Eight hours of civil discourse, eight hours of enthusiastic participation, eight hours devoted to thoughtful self-analysis, eight hours that pushed high school students to commit to lead for the greater good. What an antidote to Election 2016. These teenagers are harbingers of hope.

What happened to Meryll's blogs?