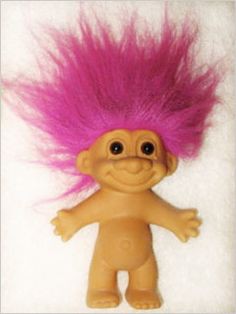 This image depicts how Leslie and I imagine a Russian troll. (Never mind that it was created by a Dane).  These trolls make us laugh and remind us of the bygone 1960s and   the KGB’s vast spy network. Today’s trolls labor in shifts in at least one St. Petersburg suburb trying to bend the internet and social media to  Putin’s purposes.

On June 7, 2015 the New York Times magazine published an extensively researched article by Adrian Chen (http://www.nytimes.com/2015/06/07/magazine/the-agency.html) He detailed the inner workings of the Internet Research Agency.  Their mission is to post pro-Kremlin, pro Putin messages using social media. In addition to spreading propaganda, the troll farm can perpetrate hoaxes by hijacking a twitter account and fabricating fake news reports that create mass panic and a sense of crisis.  I recommend reading the New York Times article in its entirety.  It concludes with a typical Russian twist.  The reporter, Adrian Chen, becomes a victim of the agency he is investigating as they set him up to be discredited by manipulating his social media sites.

As in Soviet times, information or disinformation is seen by the Russians as a commodity.  The Russian government has probed the internet and social media for soft spots and pounced.  In Soviet times, information from the free world was blocked and the Soviet Union cranked out its own version of world events which appeared in its newspapers and on Soviet TV.  No wonder Soviet citizens used to declaim, “There is no truth in Pravda(which means “truth”) and there is no news in Izvestia (which means news”). “  This belief that the Russian government should shape the message for its citizens lives on.

You may remember from Jewish Luck:  A True Story of Friendship, Deception, and Risky Business that Vera’s father worked in the Soviet military jamming Voice of America and Radio Liberty Of course, that meant he had access to western media and western information which he brought home to Vera and the rest of the family.  Today’s troll workers at 55 Savushkina Street constitute a phantom mercenary army of Putin supporters who manufacture news and reply scathingly to any anti-Soviet rhetoric. We wonder if they are confiding to their families the extent to which their Internet Agency has penetrated and perverted the worldwide flow of news and information.

And what does this have to do with Jewish Luck?  Although I am not well versed in technology, Leslie has been checking the Google Analytics for our web page.  We feel we know a lot of our readers so we’re not surprised to see hits from places where we have friends and relatives.  We have nearly a hundred hits lately purportedly from the far corners of Russia.  We’re being monitored, but apparently the trolls have not figured out what our point is or how to reply.   We presume we’re not special to be on Russian radar.

For those nostalgic for communist days, you don’t have to look far to experience the resurgence of the same spirit of suspicion and manipulation and distrust of individual freedom.  With each news flash about the inner working of Russia, I better understand Vera and Alisa’s sighs of disgust and complete suspicion of the Russian government.  And, whenever I read of another preposterous Russian initiative or twisted use of technology, I have the same response.  Thank you, grandparents, for restarting your lives in the US.

And now another twist to the story.  Russia deploys trolls to infiltrate social media across the world.  Read the article in which the Russian member of Parliament whines about Facebook posts allowing celebration of gay marriage and displaying a rainbow symbol defying Russian law! Absurdity never sleeps!!

I'm with you. My Bubbe said, "I know how bad it was under the Czar; I can imagine it is just as bad now." So troll, shmoll - who cares. We just want the truth.

0 Cancel Reply
I'm with you. My Bubbe said, "I know how bad it was under the Czar; I can imagine it is just as bad now." So troll, shmoll - who cares. We just want the truth.
Cancel Update Comment