The Cossacks Are Coming 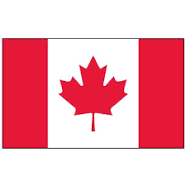 The Canadian immigration website crashed Tuesday night and I am partly responsible. I wrote three blogs on "Places I do not Belong," but never did I think it would include the United States. My dad taught me to be vigilant for Cossacks* and I think I see them entering Washington hand in hand with Donald Trump. They are dressed in the suits of Lobbyist-Oligarchs** who have one chosen issue -self-interest. I am not a paranoid individual, but, as my friend Vera might say, the Trump campaign smelled of Russia. Why? It was a campaign like none other.Trump didn't need to pay for expensive ads. He simply applied tried and true Russian election tactics.

We know Russians hacked Clinton's emails and those of the DNC and then leaked information at key moments. Trump claimed no connection with Russia, but Deputy Foreign Minister Sergei Rybakov, declared that the Russian government had contact with the Trump campaign staff.  Former Trump Campaign Chair, Paul Manafort, was said by the current Ukrainian government to have pocketed more than 12 million dollars as a lobbyist and consultant for the Pro-Russian regime.  And who will Trump bring with him to his first top secret briefing as President Elect?  Chris Christie and Michael Flynn, a former head of the Defense Intelligence Agency and a paid analyst for Russian [government] TV.

What is the response in Moscow you ask?  "Euphoric" says PRI reporter, Charles Maynes.  The Russian Duma (the representative body) burst into applause when Trump's victory was announced, a first for an American president elect. and a first for spontaneity.   Vladimir Zhirinovsky, Nationalist leader, offered to pour champagne for his colleagues.  "The patriarch of the Russian Orthodox Church called on God to help the Trump government.".. ."Among Kremlin Trolls there is a sense that 'the witch is dead'" [referring to Hillary Clinton].(PRI, The World 11/9/16)

So I called my friend Vera, who is the authority on experiencing authoritarianism. She calmed me down and told me that Trump was not going to allow himself to be Putin's puppet because Trump is too oppositional to take orders.  (Wrong! I thought). She said I don't need to leave the country unless Trump follows through with his promise to prosecute Hillary or changes the Constitution so that he can serve a third term.  In Russia, the president has that power.  According to William Partlett of the Brookiings Institute, the constitution of Russia allows the President to operate above the executive, legislative and judicial system. Her suggestion -– take a deep breath, pull up a chair and watch the show. Act One is over and she believes Trump will be more responsible during Act Two.

Doesn't it seem ironic that I'm talking to my Russian girlfriend to calm me down about a U.S. election and reassure me that I don't need to leave the country yet? I think so.

Like many of you, the day after the election was a tough day for me.  I had this creepy, suspicious feeling whenever I saw a White person who was happy and felt that they and their ilk were responsible for my deteriorating confidence in my city and country. I apologized for the election results to the Somali man who brought our food delivery just now.

Meryll and I compared our different reactions. My instinct was to get the hell out of "Dodge." It felt like my DNA was screaming at me to flee just like my ancestors had to do many times over the generations.  All my Israeli family would welcome me with open arms, but they have their own narcissist in Bibi, their own religious right, and very expensive housing. So, I spent hours comparing cities – quality of life, weather, neighborhoods and decided that it's between Vancouver and Toronto. I realized we could do this. My husband and I could start over somewhere else. We could retire. Our kids would be fine with it. We'd provide cheap insulin for them from Canada. So I planned out our vacations in order to investigate further. Who knows what I'll think tomorrow. However, Vera promised to tell me when it is time to leave the U.S.

Then there is the more measured, more ethical reaction that my sister has of trying to commit herself to social justice work and just being a better Meryll. She's already pretty perfect in my book. So this philosophy would be that it is time to work harder to make a difference in the U.S. on an individual basis. The social action mission of National Council of Jewish Women calls to me as well as participating in other community groups.  Plus there is the list of organizations to which I need to donate immediately: Planned Parenthood, ACLU and Southern Poverty Law Center.I have a lot to do.  I''ll get those donations in and then I'll check out a few more condos in Canada. I promised Meryll it will have a guest bedroom.

*The Cossacks were "mounties" of a kind - serving officially or unofficially as militarized police on horseback who were deeply feared because after a drunken spree and especially during holidays, they would carry out pogroms against the Jews in Russia before the Revolution.  It is understood that these pogroms were sanctioned if not ordered by the government.  The Cossacks inspired many of our families to move to safer places before the next phases of anti-Semitism hit.

**I actually believe that the Oligarchs could be considered lobbyists as well since many of the Oligarchs made their fortune by buying up a particular natural resource of Russia e.g. oil or mining a deep discounts, or by buying up banks or businesses at such discounts.

Tags:
Reactions to the US Election Cossacks Immigration to Canada Putin Trump election
Return to Hope
November Author of the Month: Douglas Smith

Driven Crazy by Putin or Driven by Crazy Putin

Why Everyone Hates Putin (Except Putin and Colbert)

Weighing in on Nemtsov's Murder