Author of the Month: David Bezmozgis 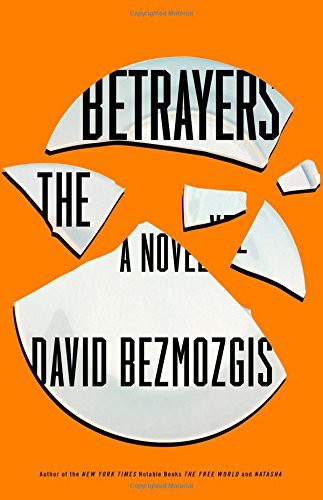 Who are the betrayers?  That is the question I pose to you when you read the tight, compelling novel, The Betrayers by David Bezmozgis about a day or two in the life of Baruch Cotler.  What is masterful is how Bezmozgis inspires sympathy for each character, every one imperfect. But then name a character in Genesis who wasn’t imperfect.  This book gives credence to the idea that our heroes may be accidental and when they fall, we should not be surprised.

The story takes place in Yalta, a Crimean resort city that arguably has more historic legitimacy to be occupied by Jews rather than Russians. Baruch Kotler, a famous Israeli politician, originally a Moscow refusenik (modeled after Sharansky), is escaping with his mistress to avoid being in Israel when Israeli settlements are to be dismantled. Kotler disagrees with this current policy of the prime minister and has stated his objections.  He summarizes the press response:  “The prime minister cited defensible borders and the welfare of the Israeli state.  The chief of staff spoke of the army’s inviolable discipline.  The Left rejoiced.  The Right seethed.  The Americans applauded.  The settlers pledged bloody insurrection.  And the Palestinians complained.”

Meanwhile, in Yalta Kotler finds himself quite by accident renting a room from the Jewish informant who turned him into the KGB several decades ago, leading to a 13 year sentence in the Gulag and worldwide fame.  The informant claims he had his own hell living all that time in Russia and dealing now with the Jewish committee’s demands of him in order to get his small financial supplement. Who suffered more?  At least, the Israeli politician’s sentence is over, the informant asserts.

This would be enough of a plot but beyond ethical questions there are increasing layers of existential questions first handled with humor and then with increasing weight. What is our responsibility for unknown consequences?   What is our culpability?  When is forgiveness the right choice?  Finally, comes the realization that when someone we love is hurt and we could have prevented it, rationalization is irrelevant.

Communication in this novel is through social media, email and phone calls.  We hear from all Kotler’s family members and each communication is heart-wrenching.

The premise that Kotler could end up renting a room in his informant’s home by coincidence is plausible to me. It is only a matter of time before our heroine Vera sees many of her old foes and friends in Israel.  How will they make amends?  Who knows?  It is a small world or a “crowded one” as the Russian phrase translates.

The Betrayers challenges our tendency to make quick judgments not only about human beings but also about Israel.  I found the ending to be unexpected, painful and tragic.  Yet, perfect in its way. The music in my head accompanying the last chapters was a song I first heard about from my cousin Maytal Shimoni Cohen who wanted it sung at her wedding to Ariel. This rendition is by Ben Snouf and based Psalm 137:5.

Bezmozgis’s combination of humor, intelligence and humanity that he weaves into one story makes him one of those writers you just want to invite over for dinner.  He presents his characters and their dilemmas without prejudice and lets us thoughtfully consider the complexity of their positions.  He doesn’t waste words or pages in narrating this contemporary tale tying the fate of Russian and Israeli Jews.

Bezmozgis’s first novel, The Free World (New York:  Farrar, Strauss, Giroux, 2011), includes autobiographical elements. When we heard him speak about this novel he indicated the central dilemma he faced writing The Free World—how to make the book transparent to American audiences and authentic to a Russian reader.  His solution was to be as honest as possible.  We think he succeeded.

Tags:
David Bezmozgis The Betrayers The Free World Its a crowded world
Freedom of Choice--Happy Fourth of July!
Russian Trolls Visit our Website