Jewish on the Down Low 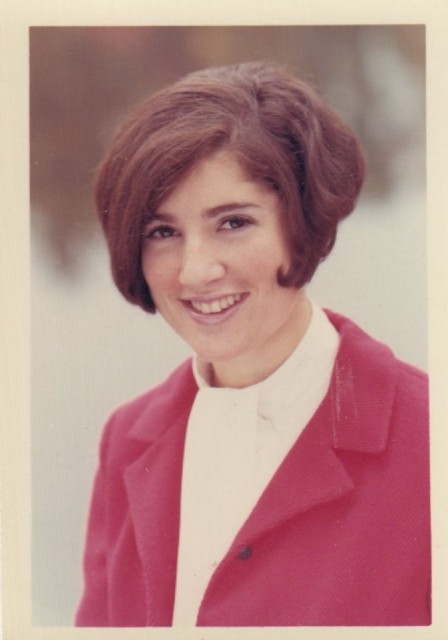 I snapped up the invitation to speak at a zoom meeting for the Jewish Affinity Group from Columbus School for Girls. Self-quarantining for almost a year has made me hungry to talk about Jewish Luck. It's certainly clear from the news that Vera and Alla's perceptions about the "New" Russia are just as relevant now as they were when Vera first encountered Putin in Leningrad.

More than the intellectual and social excitement I felt, was a sense that it was an invitation to reexamine my memories of being Jewish at CSG, memories that I repressed of experiences that shaped me.

I could never have imagined a Jewish Affinity Group among CSG alumna. The messages I received from my mom and from the school culture made me feel that I had to keep my Jewish self on the down low, under wraps. A mezuzah tucked into my blouse, no Yiddish words or inflection in speech, no argumentation, and cheerful attendance at daily chapel. By grade four I woke up daily with a stomach ache.

"Nothing wrong with her," claimed the doctors. "It's in her head," each one told my mother speaking as if I were a corpse on a slab. What they missed in their physical exam was that in my soul everything felt wrong from my scowling fourth grade teacher to the discomfort of chapel. Each morning I scrunched under the covers hoping against hope, I could avoid school.

The antidote came in the form of after-school Jewish education. I had a double dose of good fortune that our synagogue's Hebrew School underwent a massive rehab.The wooden chairs and antiquated classrooms were the same, but there was an infusion of new teachers in their twenties fired up to teach.They'd use the Socratic method, they'd embrace the Talmudic love of argumentation, they'd model the transcendence of prayer. It spoke to my soul.

The second dose of good fortune was that this reinvigoration of Jewish education was sponsored by my mom's uncle. She had to enroll me. At first I was leery—school on top of school wasn't appealing. But I fell quickly under the spell of the charismatic principal and my teachers.I felt like I belonged here despite the blue uniform I wore.

As the years passed, my stomach still clenched as I read the words of hymns or listened to some of the readings.The week before Christmas was particularly painful as we had to perform in the 6th form Christmas play, learn Christmas songs in Latin class, carol around the school in 12th grade. At the same time I continued with Hebrew School, joined the Jewish youth group as a ninth grader, and attended Jewish summer camp.There was a world where I belonged and a world where I was an interloper. Long after graduation I realized that all those years I felt like I had to park my Jewish self outside the door of CSG.

Why not transfer to (gasp) public school? I never thought I had the choice to leave CSG.The threat of going to public school was dangled in front of the "bad" girls like my sister. But I did have the choice to revel in my Jewish learning and Jewish friendship circle that buffered me from the majority culture .In its own way CSG prepared me for the real world in the US.

Aside from exposure to Christian texts and values, I graduated with a solid grounding in the humanities and a vast body of knowledge from CSG. My history teachers imbued within me a love for the subject and encouraged my questioning. Writing was an art and a skill. Even in French class, essays had to be written in fountain pen with no words crossed out, no erasures.

When my sister and I began to interview Alla for Jewish Luck, I felt a kinship with her. I couldn't wait to hear more of her story every Sunday when we skyped. When her mother died, I cried. Not until I began speaking about Jewish Luck did I understand that her connection to Judaism helped her survive an oppressive existence in the USSR. What I experienced as a Jewish student In a non-Jewish environment was hardly comparable but it helped me probe and appreciate Alla's strong connection to Judaism.

Thank-you, CSG, for the complete education.It may have been painful at times, but it led me to a life filled with learning and joy.