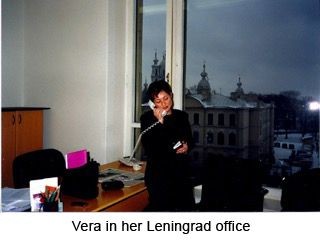 The Star-Tribune‘s business section featured an article on anticipated Russian investment in Minnesota on June 3rd. Wisely, the Minnesota director of foreign investment acknowledges there is a cultural gap between the two countries that might make business relations tricky. Groundwork is being laid by the American-Russian Chamber of Commerce of Minnesota. (ARCCoM) The reporter, Anastasia Samoilova, included reflections from Marina Liberman who moved to the US in 1992 and spoke candidly about the system of bribes and connections that made the Russian business world work in 1992. A Russian venture is by definition risky business.

My sister Leslie Adler and I found that our as we interviewed Vera and her Minnesota contacts for our nonfiction book, Jewish Luck:  A True Story of Friendship, Deception, and Risky Business,an account of the Minnesota-Russia business connection beginning in 1989. Russian businesswoman Vera arrived in Minneapolis during the height of glasnost.  She had already figured out how to navigate the cooperative system in Gorbachev’s Russia and despite her ethnicity and gender and the stormy Russian business climate, she was on her way up diligently following each change in Soviet business law. Once the Soviet Joint Venture Law was enacted in 1987, Vera determined to set up her business with a Belgian connection so she could bypass the malfunctioning Soviet banks.

Vera’s US trip was cast as a visit to friends but it was also ripped open the veil for Vera about how a business could run.  She was astonished by the concept of customer service, wide-eyed at the fact diners didn’t run off from restaurants with the salt and pepper shakers, and struck dumb by the idea that bribes were not a normal business practice.  Vera had the smarts to learn the American way and combined with her awareness of all the traps and snares of doing business in Russia, she was a natural to form a joint venture with a Minnesotan.  She was on her way.

By the 1990s she was introducing Minnesota Nice to Russians through her business magazine.  Russian Mafia didn’t subscribe.

The new wave of Minnesota-Russian business relations seems poised for Russian investment in Minnesota.  Cargill, Pentair, and 3M probably have their own stash of stories about the perils of doing business in Russia. We hope that Russian firms that invest or locate here in Minnesota don’t export their Russian business practices along with their production.

So, aspiring Minnesota business people, we recommend you pick up a copy of Jewish Luck:  A True Story of Friendship, Deception, and Risky Business and read about the history of risky business in Russia from Gorbachev through Putin.  We wish you as much success as Vera and her Minnesota partners enjoyed.