June Author of the Month--Joseph Kanon 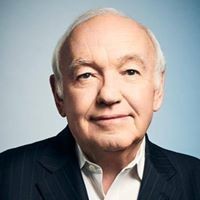 ​Leslie and I have moved far afield from recommending books that connect to Jewish Luck. This month's author has set his upcoming novel, Defectors, in Moscow.There is at least a tenuous connection now to Jewish Luck.  The main reason for my recommendation is that Kanon's books create a world.

Like many authors, Kanon favors one genre—the thriller. I think my own predilection for thrillers and mysteries was nurtured by my obsession with Nancy Drew in fourth grade. Our teacher disdained the series, my mom tolerated a limited number per month so I resorted to smuggling home Nancy Drew books from friends and reading them with a flashlight under the covers. This, by the way, is an excellent method to encourage reading—make it illicit.

When reading mysteries and thrillers now as an adult, I sometimes uncover historical inaccuracies and anachronisms. For me, it's a signal to slam the book shut and look for a new author. So far, Kanon hasn't disappointed. His research doesn't scream "look what I know that you don't," but builds a more realistic stage for his imagination.

Kanon's works intrigue me because of their temporal and geographic settings--his creation of a world.The five novels that I've read are set between 1945-1947.In each book whether set in Los Alamos, Berlin, Hollywood, or Istanbul, Kanon is able to evoke the end of war and postwar chaos and fear.I feel like I'm lurking in the shadows of the war when I read his books. The Good German was translated into a film, but I liked the book even more. Each time I completed a Kanon work, I began to imagine, what if he wrote about Shanghai in 1945 or Australia or Argentina or Palestine? I understand how his characters arise from the place. Even as a reader I can begin to imagine the characters who cope with the unknown as the world reshapes itself. My friend Susan introduced me to the term, liminality—a transitional phase of a process, an in between place or time. Kanon has captured the liminality of the postwar era in each of his books.

Before I knew anything about Kanon, I assumed he was born in Europe and remembered the postwar chaos. I was wrong. He is a Pennsylvanian born in 1946. He attended Harvard as an undergrad and received his MA in English literature from Trinity College at Cambridge. So, perhaps he was CIA, a qualification of other thriller authors. Wrong again. He was safely ensconced in a Manhattan publishing house and only in this millennium has he turned to writing.Even though he certainly has connections in the publishing world, a fact any aspiring author envies, his works stand on their own.

Start with any of his books and begin to piece together the broken world after World War II.Perhaps there's an author who will take the same approach to 1968 or another liminal time.